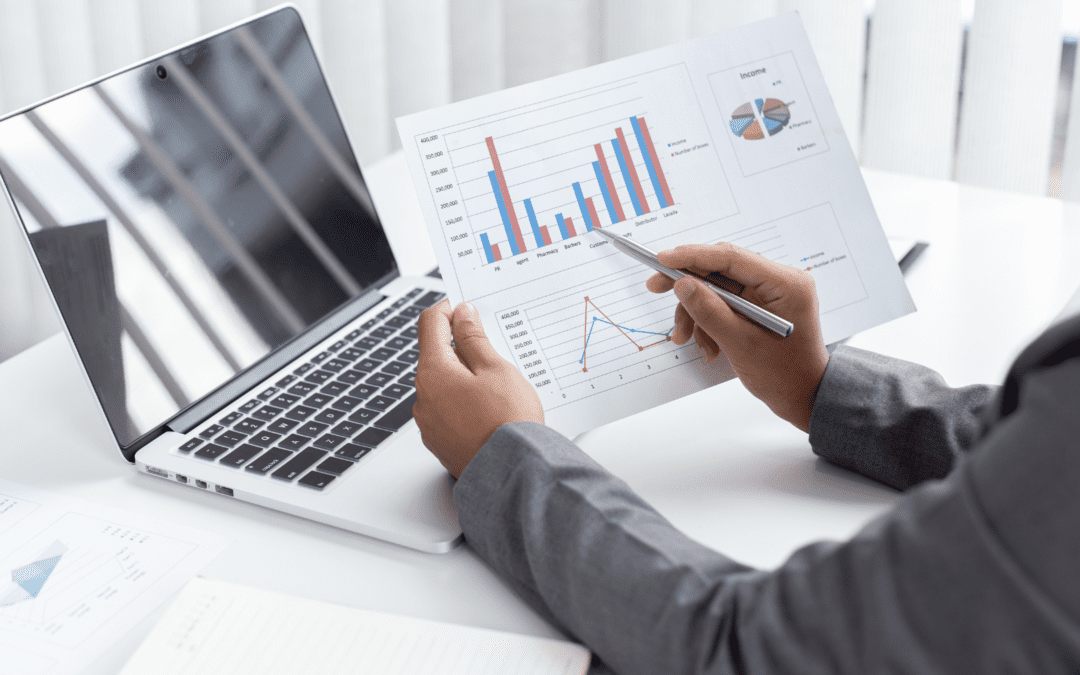 Given all that has happened this year, it is not surprising to learn that financial confidence has deteriorated. According to a New York Life survey, 62% of the participants were confident in their financial position which is lower than the 69% confidence rate at the beginning of the year. 89% are concerned about a recession and 75% say inflation has affected their short and/or long-term goals. People are sacrificing their long-term goals in favor of short-term goals like paying day-to-day expenses.

On average, the participants  are drawing from savings at a rate of about $600 per month to cover expenses. They are cutting back on going out to dinner (45%), reducing travel and vacations (39%) and going to concerts, shows and other events (37%). Gen Z (64%) and millennials (62%) continued to feel confident about retirement goals, but those numbers were down from 75% and 72%, respectively. Their top priority is finding an affordable home. Perception can become reality.

DEBT GOING UP WITH INFLATION

While many lucky Americans with adequate resources see inflation as an inconvenience, there is growing evidence that for many it is changing behavior, lifestyle, and finances. After watching the American consumer’s total debt go down during the pandemic in large part due to government programs, it is now moving in the opposite direction and moving quickly. According to the Federal Reserve Bank of New York, total American debt has risen for the first time to over $16 trillion.

To give some perspective, this is $2 trillion more than before the pandemic. During the second quarter of this year, the debt total increased by $312 billion or about 2%. Of this increase, $207 million was caused by home mortgages totaling about $11.4 trillion. Credit card debt increased by $46 billion and auto loans are a distant third increasing by $33 billion. We have written frequently about student loan debt, and it still represents $1.59 trillion of household debt. We need to keep an eye on slowing payments, signaling a negative for the economy.

In the narrowest vote margin in the Senate, the Democrats voted 51-50 (the tie was broken by Vice President Harris) to pass the Inflation Reduction Act a/k/a, the tax and energy bill. In a Statement by President Biden, he urged the House to pass this as soon as possible and looked forward to signing it into law. We are not here to debate the merits, or lack thereof, of the bill, but simply who are the winners and losers from an investment point of view with one exception. That exception is President Biden and Senators Schumer (he got the bill passed), Manchin (completion of a pipeline in West Virginia), and Sinema ($14 billion to fight the drought in the West). While it wasn’t the $5 trillion Build Back Better bill that was proposed 14 months ago, it does have $725 billion in goodies giving the Democrats something to talk about in the upcoming general elections.

Thanks primarily to Senator Sinema, hedge fund managers came out on top when the elimination of carried interest was removed from the bill. In the original Build Back Better bill, there were a lot of tax increases that were placed on the wealthy including the elimination of the capital gains break, an increase in estate taxes, and an income tax surcharge for those making over $1 million. All of these did not see the light of day, so the wealthy were winners.

There is a lot of debate about how this bill reduces inflation if it causes these companies to raise their prices. As we learn more about the finer points of the bill, we will be sure to bring them to your attention.

Often when the market moves it can move quickly…both up and down. We saw the S&P 500 Index drop over 20% during the first five and half months of the year and since the middle of June it has recaptured about half of the loss through last Thursday. No one, no matter who tells you otherwise, has consistently been able to project the movement of the markets. Trying to time the markets means you must be right twice – once to get out and then again to get back in.

Who was selling in early January when the market reached an all-time high? Who bought back in at the bottom in the middle of June? It is a fool’s game. So why do so many financial professionals say, “stay the course”? Here is just one of the reasons. Over the 30 years ending on July 31, 2020, the S&P 500 gained 10% per year. There were 7,554 trading days over that period. If you missed the best 22 days over three decades, your return would have dropped to only 5% annually. Yes, you had to endure the bad days, but in the end, wasn’t it worth it? Here is a piece of interesting trivia to challenge folks over cocktails – How many stocks are in the S&P 500 Index? The answer is at the end of this week’s Perspective$.

July Consumer Price Index (CPI) results possibly marked the peak in inflation, a sign that the Fed’s aggressive rate hikes might be accomplishing its lofty goal of price stability amid historical inflationary pressures. Both headline and core (ex-food and energy) CPI were below economists’ expectations as declines in energy and used vehicle prices more than offset increases in food and housing. Equity markets reacted positively, and Treasury yields declined as investors lowered their estimates for future Fed rate hikes. To wit, the probability of a 50 basis point (bp) vs 75 bp rate hike in September flipped almost immediately following the CPI results.

Inflation is still high on an absolute level, but the improvement brought a welcomed sigh of relief. The once unbelievably nascent prospect of the Fed engineering a soft landing now seems more plausible. One in which higher interest rates and a shrinking Fed balance sheet are just enough to cool down inflation without tipping us into an economic recession (using the NBER’s definition). The Fed’s actions have a delayed impact and ripple throughout the domestic and international markets with waves of varying size and speed, so it must be measured in its approach – relying on real-time data as it becomes available. There is still much wood to chop and one month does not make a trend, but this certainly is a small victory in the war on inflation.

DOING GOOD FOR CHARITY AND YOURSELF

Even though America is the most giving country in the world, some might give even more if they were unafraid of not having enough for themselves. But there are ways to do good for yourself while giving to charity. Enter the Charitable Remainder Trust (CRT) which comes in two versions: 1) an annuity trust which pays you the same amount each year – at least 5% of the amount put into the CRT, but not more than 20%; and 2) a unitrust which will pay you a percentage of the trust’s value each year. Thus, it varies, but hopefully the assets inside the trust grow faster than the withdrawals.

The best assets to donate to a CRT are assets that have appreciated substantially. Let’s suppose that you bought Apple stock 20 years ago and you have held the stock. You bought 1,000 shares for a total investment of about $15,680. Since then, the stock split numerous times and you now have 5,600 shares which are worth about $918,400. It pays you a dividend of 0.56% or $5,140 annually.

If you sell the stock to invest in a higher-paying dividend stock, you will incur capital gains taxes which could be as much as 23.8% including the Obamacare tax. Thus, you only have about $703,500 to reinvest. If you diversified your gain and bought additional stocks and you could get 2.2% in dividend income, you would have income of $15,477 annually. A three-fold increase!

In the alternative, assuming you are charitably inclined, you set up a CRT naming your favorite charities as the ultimate beneficiary when you and your spouse pass away. You then donate your Apple stock to the CRT and you get a tax deduction equal to the anticipated terminal value of the CRT which must be at least 10% of the amount invested initially. Once in the trust, the Apple stock can be sold and there are no capital gains taxes to be paid. Thus, you have $918,400 to invest instead of $703,500.

The CRT must pay you at least 5% of its value each year, so instead of getting a dividend of only 2.2%, you have almost tripled your cash flow to $45,920 annually or approximately nine times what you are getting today from Apple stock. This cash flow is taxable at ordinary income rates, capital gains, or tax-free depending on the underlying investments. You do not have to use all the Apple stock, but no matter how much you do to improve your income, the CRT is a viable alternative. If you find yourself in a similar situation, we can show you how a CRT may benefit you and your favorite charity.

Many folks in their 40s and 50s find themselves sandwiched between the generations of not only raising children but caring for parents at the same time. The bulk of this work often falls to women as mothers and daughters, having future financial and emotional implications for them as the primary caretakers.

First, let’s deal with some of the basics on the financial side. Start with your net worth statement. What do you own? What do you owe? What assets can produce income and/or growth? What debt do you have that can be paid off to free up more cash flow?

Next, let’s look at the profit and loss statement which for most of us is a budget. Yeah, we know you hate a budget, but the reality is you need one especially in this situation. How much do you have in household expenses, how much are you spending on the children, and how much are you paying to help support your parents? Run a spread sheet and project out over the next few years. Is there enough income to support the expenses? If so, you are fortunate, but if not, perhaps lifestyle adjustments will be necessary.

We generally recommend 3-6 months of expenses to be held in an emergency and opportunity fund. You might want to consider an extra three months, or more, given that there are more unknowns. In situations where the caretaker cannot work there are long-term implications for savings, retirement, and Social Security benefits. Then, there is the physical and emotional toll. The caretakers must prioritize their well-being with self-care through exercise, meditation, and emotional support through a support group of other caretakers and/or visiting with a medical professional.

ANSWER: There are 503 because three stocks have two share classes. Can you name them? Send us your answer. We will divulge the answer in the next Perspective$ and recognize the first person to get all three correct.