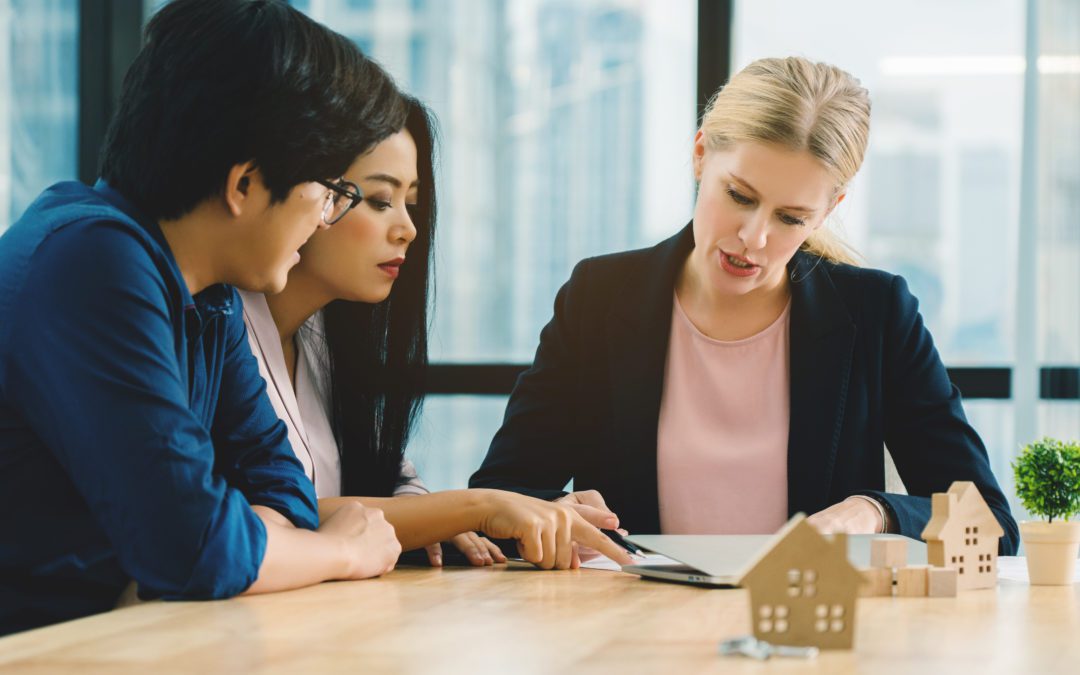 INTEREST RATES ARE HIGHER AND GOING EVEN HIGHER

A year ago, when inflation was just beginning to rear its ugly head, the Fed described inflation as “transitory.” Though we hoped they were correct, it is now running at an 8% plus rate. While inflation may peak shortly, it is going to stay high for a while. The Fed began raising rates earlier this year in response. Most critics said they started “too late” and the current response was “too slow.” They can’t fix the “late” part, but skipped a 50-basis point increase, and jumped to a 75-basis point increase. The last time they did that was in November 1994, so this increase is a big deal!

After the Fed meeting, Chairman Jerome Powell indicated that they would raise rates again at the July meeting by at least 50 basis points and maybe by another 75. With these increases, some mortgage rates have touched 6% while credit cards approached 20% on the unpaid balance. The extra cost of borrowing money for both consumers and businesses will eventually cause things to slow down.

But higher rates are just one way the Fed is draining the punch bowl. Beginning June 1st, they started reducing their balance sheet by $47.5 billion and will do so for the next two months. Come September they will increase this to $95 billion each month. Letting these bonds mature and roll off their balance sheet will raise long-term rates and drain the money supply as well. With prices going up, many consumers are hoarding for fear of prices going even higher. Ironically, this hoarding of goods causes prices to go even higher.

WHY DO WE TRY NOT TO MAKE THESE FUNDAMENTAL MISTAKES?

So, are your Bitcoin friends bragging about their returns today like they were six months ago? Recently, Bitcoin moved from a high of $66,000 to $21,000. It may even go down further. At one-point last weekend, it touched below $19,000. Are the “young” investors still telling you that this time it is different and “old” investors just don’t know how to trade, or how to buy the dip? Over the last couple of years, many of these cryptocurrency investors have also been borrowing to buy more which has been adding to their pain.

At ProVise we do not believe in borrowing money (margin or otherwise) to invest because of leverage is generally your enemy in the long run. Sure, it helps on the way up, but it hurts twice as fast on the way down. For our retirees, we recommend keeping enough cash and fixed income investments to provide sufficient income for many years without having to sell stocks. Only our most aggressive investors do not fall into this category.

The equity markets will recover. We want to remind you that the stock market is like a man walking up a flight of stairs with a yo-yo. Unfortunately, too many people watch the yo-yo and fail to see the person walking upward. While it is difficult psychologically, the time to buy is when everyone else is selling.

Thus, where appropriate, we are taking advantage of this time to make long-term investment decisions that we believe will pay off over the next few years. We are also continuing to rebalance portfolios and make sure they are well diversified. If you have recently given us cash, we are likely dollar cost averaging into the market over a period of time. We are definitely not panicking as we believe that over the next three to five years our economy and the markets will be growing nicely once again. We are also taking advantage of this downturn to sell investments we no longer like to find others with better opportunities. Any losses created will be used to offset future gains, thereby letting Uncle Sam pay.

Perhaps, most importantly, we are here to talk with you at any time about your specific situation. We are here to serve you.

IS IT TIME TO BUY GOLD?

This year has had all the ingredients needed (except for a weak U.S. Dollar) for gold to outperform equities and it has delivered. Using SPDR Gold Shares (GLD) to represent gold, the precious metal is down 1% year-to-date vs the S&P 500 index down 19%. Gold’s moment in the sun has been brief though, underperforming equities over the last 2-, 3-, 5-, 10-, and 15-year periods during a decade and a half of low inflation.

The current goldilocks environment for gold of high inflation and low real interest rates, however, is likely to be short-lived. Central banks have begun to rapidly raise interest rates and shrink their ballooned balance sheets which will eventually curb inflation and cause real interest rates to rise. Higher real interest rates make gold (and other real, non-income producing assets like energy and some real estate) less appealing as investors are not compensated to hold the asset in an environment where other income-producing assets (e.g., stocks and bonds) are providing higher income. While a case could be made for holding gold in a diversified portfolio, choosing to overweight the commodity in the current environment seems more like a short-term trade rather than a long-term investment.

Within the next few weeks, we will receive quarterly statements for our 401(k)s. Of course, given the market during the first part of the year, the results will be disappointing. Starting this quarter, your statement will contain some additional information. As a result of 2019’s Secure Act, the statement will reflect not only the total value but will also show the expected monthly income one could anticipate at retirement. This will be similar to a monthly pension or Social Security check. Having $100,000 in a lump sum might translate into about $350 per month. Unlike Social Security, however, this would not be adjusted for inflation. It creates another planning opportunity for retirement.

Over the last couple of years, Congress raised the Required Minimum Distribution (RMD) starting age from 70 ½ to age 72. Congress is considering raising the RMD age to 75 giving retirement accounts more time for money to grow. Based on a survey recently done by Sagewell Financial, this would be a good thing. They discovered that 30% of those between the ages of 55 and 67 had less than $10,000 saved for retirement and 40% had less than $50,000. Thus, it was no surprise to learn that 7 out of 10 people plan to work during “retirement” either because they want to or need to.

On July 1st, Medicare which started in 1966 will celebrate its 56th anniversary. Many years earlier Teddy Roosevelt raised the idea of national healthcare during his campaign for the presidency. Nothing happened with the idea until President Harry S. Truman brought the idea to Congress in 1945 but coming out of World War II, Congress had no interest. It wasn’t until President John F. Kennedy reached the oval office that the idea started to take hold in 1962. At that time, most retirees found it difficult to find and pay for health insurance. Unfortunately, Congress once again failed to move forward.

But following Kennedy’s death, President Lyndon B. Johnson brought the idea back to Congress as part of his Great Society Program. Johnson, a former senator from Texas, knew how to get legislation through Congress. On July 30, 1965, he signed it into law and it began 11 months later. Although Medicare today has Parts A (hospital), B (doctors and testing), C (Medicare Advantage), and D (drugs), the original version only had A and B.

Part A was free, just as it is today, but Part B cost $3 monthly. Today, Part B costs anywhere from $170 to $578 monthly depending on one’s income. Sounds like a bargain back then, doesn’t it? Well at a 3% rate of inflation it is the equivalent of $233 per month. Thus, it is even cheaper today (depending on one’s income) than it was then after adjusting for inflation. While originally just for retirees, Medicare was expanded in 1972 to include those with a disability and end stage renal disease (ESRD). Medicare Advantage began being offered in the late 1990s under President Bill Clinton and drug benefits were added beginning in 2003 under President George W. Bush. Obviously, from a political point of view, healthcare for the elderly is a bipartisan issue. It is hard to imagine a life without Medicare as it has almost become a right rather than a service. (Source: Healthline)

WHAT RETIREES WISH THEY HAD DONE DIFFERENTLY

Not too surprising was the fact that only 40% had a written retirement plan. Not everyone used a financial planner, but of those that did, 90% were happy with the advisor.

In another survey of over 1,100 people between the ages of 55 and 80 who saved at least $50,000 for retirement, Allianz Life Insurance Company of North America found in its 2022 Retirement Risk Readiness Study comparable results. While 74% of those working with a financial planner felt more prepared for retirement, only 51% of those who never talked to an advisor felt the same way.

WHY SHOULD WOMEN CONTINUE INVESTING IN THESE VOLATILE DAYS?

Women still face unique challenges including living longer with increased health care costs, time out of the workplace to care for aging parents and children, and historically earning less throughout their careers. With or without 40-year decade high inflation rates, women need to be thoughtful and intentional in planning for their financial futures.

Part of that preparation is making the most of your money, which includes not only saving but investing part of that money in the stock market and accepting the market swings. Would you believe over the last 40 years, the market has had an average drop of 14% in any given year?

Though you may not want to take on the risk, there is also a risk in being too cautious and keeping your cash in the piggy bank. Not investing in the stock market can mean missing out on long-term gains that help you achieve the lifestyle you design based on your goals and values.

We hope that you and your family and friends have a safe and happy Fourth of July weekend. If traveling, please be safe and be patient. We have much for which to be thankful and living in this great country, despite itself at times, is a true gift.