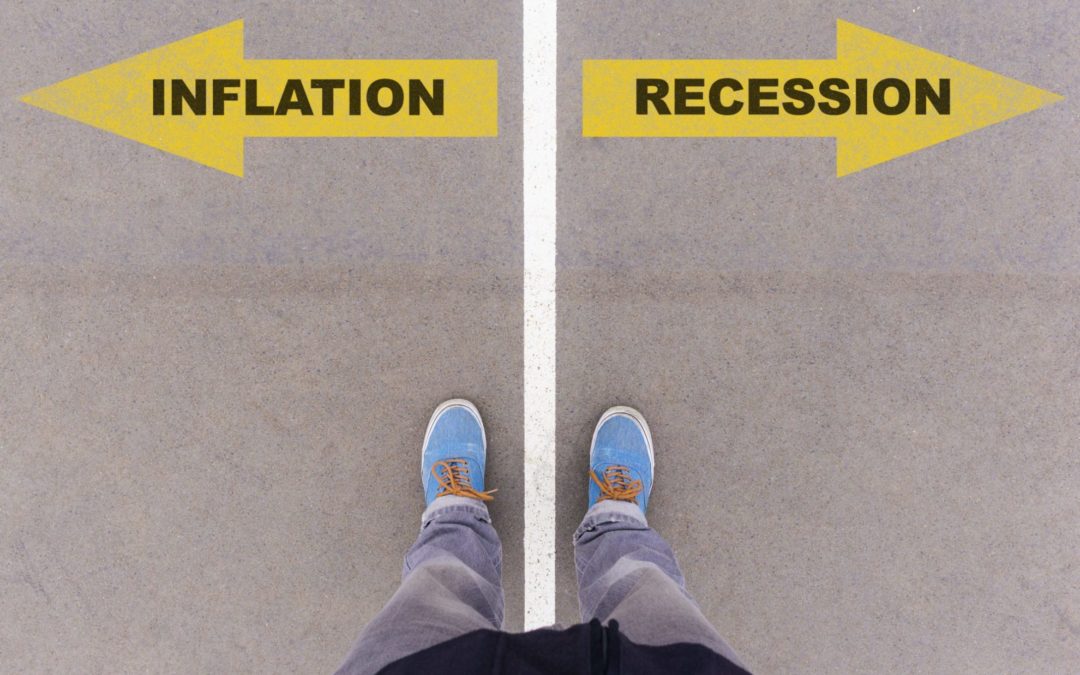 The Commerce Department announced earlier this month that the Personal Consumption Expenditures Index (PCE) for inflation rose 6.3% year-over-year. The PCE is the index most closely watched by the Federal Reserve because it gives us a picture of inflation across a wide range of consumer expenses and reflects changes in consumer behavior. However, the more well-known Consumer Price Index increased by 9.1% because it measures and weighs the various elements in a different way. Although some commodities have dropped dramatically in the past few weeks, they are still above where they were pre-pandemic.

The Fed is signaling, and the markets are expecting a 75- to 100-basis point increase in interest rates later this month. We would prefer that they not overshoot and drag the economy into a recession. Just as the Fed was too slow and measured in recognizing inflation, we don’t want them to overdo it in fighting inflation. To our way of thinking, they need a steady hand and give the changes they have already made a chance to work.

Jobs remain one of the bright spots. First time unemployment claims have held steady averaging about 220,000 jobs per month, but it has been creeping up to 230,000. Still, the number remains quite low by historical standards. It is a number that we need to keep watching. Unemployment held steady last month at 3.6%. The better news is that the jobs number which had a consensus from economists at 250,000 was a blowout at 372,000. The only negative here is that it might give the Fed the excuse it needs to increase rates quicker.

Although consumer spending adjusted for inflation decreased slightly, it remains robust. Most of the business owners that we talk to are looking forward to a strong close to the year.

WHAT EXACTLY IS A RECESSION AND ARE WE CURRENTLY IN ONE?

Financial terms get thrown around sometimes haphazardly with the assumption that everyone is an expert, but that’s just not the case. Let’s define a few of the more notorious ones circulating this year. A recession is officially declared by the National Bureau of Economic Research, which defines it as “a significant decline in economic activity spread across the economy, lasting more than a few months, normally visible in real GDP, real income, employment, industrial production, and wholesale-retail sales.” This rather vague definition leaves much to interpretation so many practitioners use the more objective definition of two consecutive quarters of negative real GDP growth.

Recessions in the past have been marked with two distinguishing features: negative growth and higher unemployment. We have certainly had some negative growth and we may see more in the near future, but unemployment has gotten lower the past six months, not higher, moving from 4% in December to 3.6% through June. On top of that, the first-time unemployment claims have averaged about 220,000 monthly over the same period which is a historically low number.

The U.S. posted -1.6% GDP growth in the first quarter of this year and the Atlanta Regional Fed’s unofficial estimate for the second quarter has been trending around -1.0% to -2.0% growth – meeting the more popular definition of a recession. Positively, consumer health, employment, and corporate balance sheets are in good shape, making a deep or prolonged recession unlikely. The truth is that this potential recession is being driven by other factors such as the Fed’s tightening monetary policy, the war in Ukraine, and pandemic-related lockdowns in China.

Since World War II, the average recession has lasted about 10 months. If we have entered a recession in the past six months, then there is a good possibility that it will end shortly. The Great Recession (financial crisis) is the longest, lasting 18 months. While the shortest recession caused by the pandemic lasted only two months.

The term bear market is typically defined as a 20% or more decline in prices from recent highs. The S&P 500 fell into bear market territory in June and continues to flirt with that definition this month. Economic recessions and bear markets are interrelated and usuallyaccompany one another. In fact, there has been 14 bear markets since World War II and only two were not closely followed by a recession. For more on the current economic and market environment as well as the potential impact on your investment portfolio, please see our latest video.

WOMEN LIVING AND PREPARING FOR RETIREMENT

In March 2022, the National Council on Aging wrote a paper entitled “Women Living and Preparing for Retirement.” They found on average women reported retiring at age 64. Since half of the retired women expect to live 21 years or more in retirement, they have many financial concerns. Can you guess which three concerns weigh most heavily on their minds from the list below?

Though all the answers reflect women’s concerns, the top three answers are 1) the increasing cost of health care, 2) affording long-term care for themselves and their spouse, and 3) personal caregiving needs. Did the answers surprise you or could you relate to these concerns? Let us know.

VACATION OR RETIREMENT – WHICH IS MORE IMPORTANT?

Since they have 25 years until retirement, they may be contributing to a retirement plan at a good level and just don’t feel they need to pay attention to it. Good that they are saving, but bad that they are not paying attention.

A different report from Fidelity found that 45% of Millennials and Gen Z don’t see the need to plan “until things return to normal.” They may feel this way because their investment experience and expectations have been created in the past 13 years which have generally been pretty good. We suggest that those that feel this way are in for a surprise as this is a normal part of life…surprises are always there.

WHO HAS THE BIGGEST SPORTS CONTRACT?

If you play for a professional sports team, you probably have a contract.  Any guesses about what athletes and teams made the top twenty list? The top 20 sports contracts (excluding tennis, golf, and individual sports) are listed here.

BILLIONAIRES – WHERE DO THEY LIVE?

11 MOST LIVABLE CITIES IN THE WORLD

For many years the Economist Intelligence Unit has issued its global livability index. As we return to a new normal following the pandemic, this number is meaningful. The index looked at 139 cities and scored them between 1 to 100 looking at 30 qualitative and quantitative factors including stability, health care, culture, environment, education, and infrastructure.

Here are the top 11 cities:

What city was the best in the U.S.? Honolulu is in the 14th position.