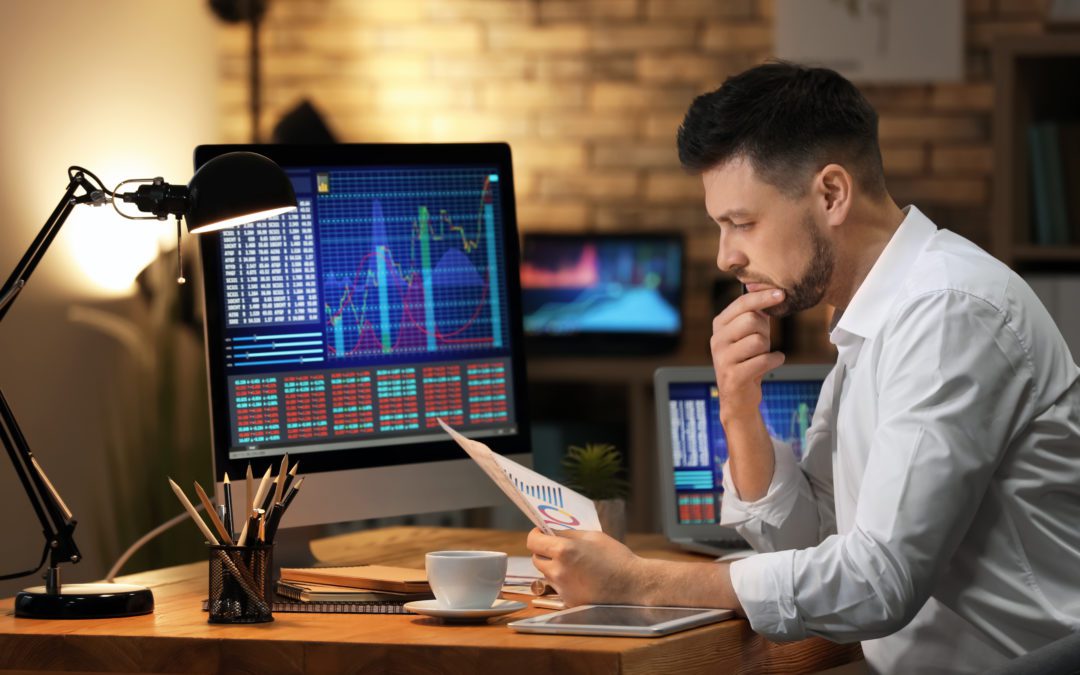 IS IT TIME TO PANIC YET?

Over the past few years, the Perspective$ have discussed the abnormally high returns that equity investors have experienced since the pandemic lows in March 2020 and that a market correction, at some point, would not be a surprise. Since the beginning of this year, the equity markets have cooled, and stock market volatility has risen sharply. On Monday, the declines in the S&P 500 pushed that index into “Bear Market” territory, defined as a decline of 20% or more from all-time highs. The more tech-heavy NASDAQ Index achieved Bear Market status earlier this year and remains down approximately 33% since the start of the year. We live in a globally connected world so war in Europe and continued lockdowns in China have undoubtedly impacted the U.S., creating uncertainty surrounding the immediate path of the economy. The cancerous nature of inflation has been the impetus needed to move central banks off extremely easy monetary policies at a time when markets are vulnerable.

So, is it time to panic yet? Quite the contrary. While the urge to buy high and sell low in times of market distress can be intoxicating, it is not a viable investment strategy. Now is the time to invest in a process-oriented asset allocation that has a long term-focused strategy of owning quality companies that have strong balance sheets and emphasize returning cash to investors through share buybacks, dividends and interest income. We cannot control the markets, but we can control how we react to them. Our prudent investment philosophy will continue to guide our clients through any and all market environments within a backdrop of rigorous, time-tested financial planning. If you would like to discuss your accounts specifically, your ProVise financial advisor team is available to talk whenever you need.

Inflation hit a 40-year high in May as energy, housing, and food prices soared. In April, the Bureau of Labor Statistics (BLS) reported an 8.3% increase in its benchmark inflation rate, the Consumer Price Index (CPI). Economists expected the CPI rate to decline from the 8.3% experienced in April. Surprise – it increased to 8.6% in May, and our hopes that inflation had peaked disappeared with the latest numbers.

We invite you to listen to one of our Portfolio Managers, Daniel Mannix, who delves deeper into the subject of CPI and its calculation.

Please click on the link to see our latest video(link) OR https://www.provise.com/is-inflation-higher-than-we-think/?utm_source=LinkedIn&utm_medium=social&utm_campaign=inflation.

In 2021, Medicare premiums jumped dramatically by 14.5%. One of the reasons cited as a cause of the hike is the inclusion of a new Alzheimer’s drug, Aduhelm. Aduhelm was approved by the FDA despite the objections of its own advisory panel. Initially the drug cost $56,000 per year, and though the price has fallen by half, it still remains expensive. Because the cost reduction occurred after the Medicare premium was set, some speculated that the increase might be rolled back in 2022. Well, such is not the case, but it does appear that the premium may decrease next year. As Jimmy Buffet once sang, “only time will tell.”

The Social Security Trustees’ annual report shows things are looking slightly better. Let’s look at some of the facts:

Overall, consumers would have much less to spend and companies would have their profits reduced. As bad as it is for Social Security, it is that much worse for Medicare, which will deplete its reserves by 2028. There are no easy answers to these issues, but there are answers. Politicians need to step up to the plate and do the hard work.

WHAT’S NEXT WITH INHERITED IRAs?

When Congress changed the rules for inheriting IRAs, the Internal Revenue Service found another great way to tax more revenue sooner. Before the SECURE Act passed during the pandemic, a non-spousal beneficiary (child, grandchild, friend, another family member, etc.) who inherited an IRA could, in most instances, withdraw it over the beneficiary’s lifetime. IRAs were intended to be a financial planning and retirement program. Yet because of this lifetime withdrawal by a beneficiary, it also presented an estate planning opportunity by delaying the tax on the retirement savings longer.

With the SECURE Act’s passage, Congress limited the time in which most (five exceptions) non-spousal beneficiaries could withdraw the money to ten years. Given the early guidance from most experts, it appeared that the beneficiary could take all the money upfront, spread it over the ten years, or perhaps even wait until the 10th year and then take 100% of the proceeds. Many believed that waiting made sense since this money would continue to grow tax-deferred until withdrawn.

Frankly, it might, but in our opinion only to a limited group. Why? It would likely drive a much higher income tax than if appropriately managed over the ten years. Now, the IRS, in proposed guidelines that will likely be adopted this year, will severely limit the withdrawal flexibility of many non-spousal beneficiaries. The proposed change will force these beneficiaries to take a required minimum distribution each year over ten years and the balance that remains in the account by the end of the 10th year. In short, these IRAs and the taxes they generate are addictive to the government. Once the final rules are promulgated, we will share our thoughts and future strategies.

When someone is living paycheck-to-paycheck, we immediately think of lower-income individuals, especially in this day of higher inflation. Payments.com and LendingClub Corp found that 36% of those making $250,000 or more were living paycheck-to-paycheck. Only 5% of American taxpayers make up this group, so how is it possible that someone making this much money has nothing left over? Simple, they spend on all kinds of things that they want, but probably don’t need. Is it really necessary to pay $100,000+ for a Tesla when a very nice auto can be purchased for $60,000? We could go on with other examples, but you get the point. In other words, it is about being disciplined in managing money. We know it sounds boring, but a budget is a good thing…no matter your income.

Under former rules, a grandparent who owned a 529 Plan for a grandchild and withdrew 529 funds to help pay for the college education hindered the student’s ability to get financial aid.

Common sense has prevailed with recent changes to the FAFSA rules effective for the 2024-2025 school year. FAFSA removed the offending question about “outside sources” of money, making it easier for grandparents to contribute. Remember, 529 Plans are a great way to save for college because they grow tax-deferred, and if the money is withdrawn to pay for qualified educational expenses, it comes out tax-free. In addition to paying for college and post-graduate degrees, the money in a 529 Plan can be used to help pay for K-12 school expenses of up to $10,000 annually.

BOOMERANGS ARE NOT ONLY IN AUSTRALIA

The primary reasons for a child returning home are student loan debt, high rent costs, and/or saving to buy a home. Interestingly, 50% of the children think their parents are financially capable of absorbing the costs without the parent being comprised, but 70% of the parents say they never talk finances with the kids. Maybe because they don’t have the tough conversation, the children feel everything is okay.

Over the past year, college athletes have been paid for their Name, Image and Likeness (NIL), but not for their athletic prowess. Last year, Alabama incoming starting QB, Bryce Young, who had never taken a snap for Alabama, had contracts for NIL for something around $1 million. His biggest deal was with BWM of Tuscaloosa, which strikes us as odd since Alabama head coach Nick Saban owns several Mercedes dealerships. Recruits are asking about how much money they will get paid when talking with schools for scholarships.

The big problem is that there are very few rules and regulations, and no one is quite sure what is permitted and what isn’t. In the past, boosters stayed out of the recruiting game and financial interaction with student-athletes. Now, boosters can form “collectives” to pool money to pay athletes. It is the Wild, Wild West.

If that wasn’t enough, the NIL arrangements are moving into the high school athletics as nine states have passed legislation to allow this practice. We worry that young athletes at both levels may not know what to do or how to manage this money and that others may try to take advantage of them. What ever happened to the term “Student-Athlete”?