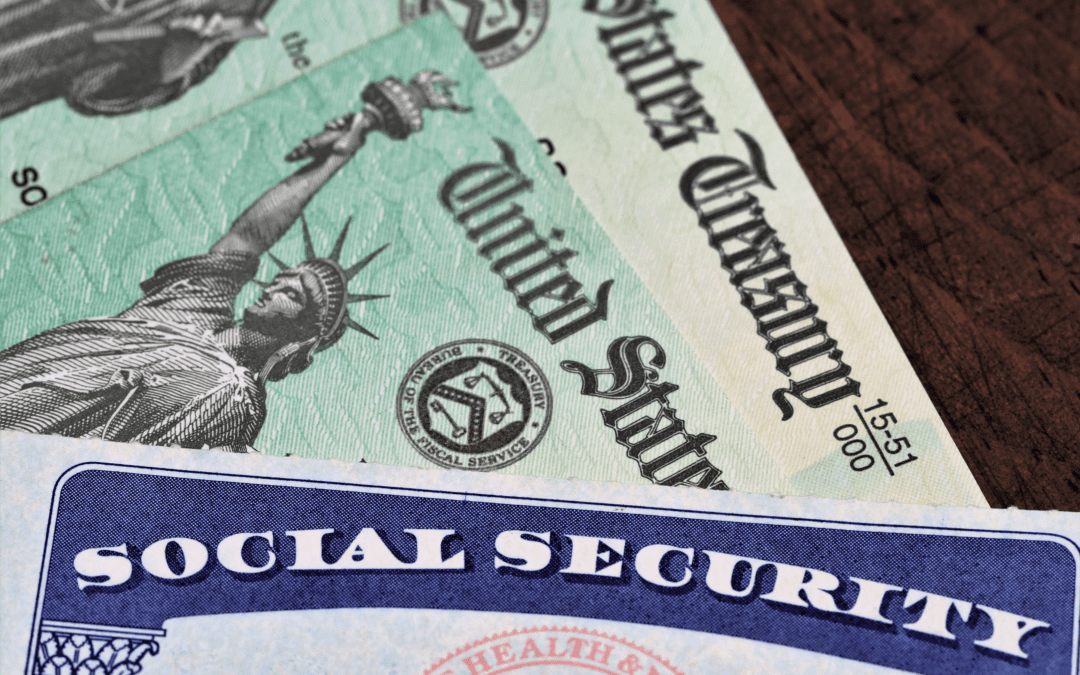 JOBS AND THE FED

The September jobs numbers came in the middle of the expected range with 262,000 new jobs being created. In pre-pandemic days, this number would have signaled a robust and growing economy. Additionally in September, the unemployment rate declined from 3.7% to 3.5%. Normally, investors would be piling money into the equity markets. BUT, this is not the case in the post-pandemic recovery.

At the beginning of the pandemic, the Fed created high levels of liquidity causing the most inflation we have experienced since the late 70s and early 80s. Just this week, the inflation number for September was 8.2% which was down from the peak, but still way above the Fed’s target rate of 2%. As a result, the Fed will likely continue raising rates once again and probably by 75 basis points. This probably will be followed by another 50 basis points in December. Only then may the Fed pause. In the short term, this means continued volatility in both the equity and bond markets. In the longer term, however, it presents some great opportunities for those looking into the future.

Just yesterday the Social Security Administration (SSA) announced the 2023 cost-of-living adjustment will be 8.7%, which is the largest increase since 1981 when it was 11.2%. The highest increase ever occurred in 1980 with 14.3%. The SSA uses a consumer price index known as CPI-X that measures inflation for urban workers from the 3rd quarter of last year to the 3rd quarter of the current year. The index has received a lot of criticism because it does not measure the true CPI for those that are retired but it continues to be used, nonetheless.

Last year, the increase was 5.9% following many years of less than 2% in increases. In fact, there was one year with no increase at all.  It is estimated that the average monthly Social Security benefit will increase by about $146 ($1,752 annually) to $1,827. The 8.7% increase also affects the amount a Social Security recipient can earn in wages annually without reducing their benefits. In 2023, one can earn $21,240 versus $19,560 this year. Couple this with an expected lower Medicare premium next year and many retirees will find themselves with much more money to spend.

THERE IS A TIME FOR ALL SEASONS BUT NOT FOR TIMING

From its high last December, the S&P 500 has declined over 24%. Clearly, this has been a difficult time with the Fed raising rates at a fast pace, earnings starting to slow, inflation on fire, China shutting down due to COVID, North Korea firing missiles over Japan, Russia’s invasion of Ukraine, and the list goes on. September is the worst month historically for the S&P 500 and it didn’t disappoint this year. Interestingly, October, which is known for its big crashes, has been the month when many of the past bear markets ended. After each bear market, equities have gone on to higher prices and there is no reason to think the same thing will not happen this time.

Sometimes it comes quickly as it did following the 2020 pandemic and other times it takes years, but it always has gone higher eventually. As we have discussed on numerous occasions, timing the markets is a fool’s game. Sure, there have been those who were right about a crash and those that called getting back into the market at the “right” time, but no one has consistently done both. This is just one of the reasons why we believe it is the time that you stay in the market not timing the market that makes people wealthy. Has this market reached a bottom? Neither we nor anyone else knows for sure. Traditionally, there has to be a capitulation by investors before a bottom is reached, but not always.

We saw an interesting analogy in an Investment Newsletter that we would like to share. You wake up one morning and your throat is a little sore and you start blowing your dripping nose incessantly. You chalk it up to just a little cold and hope it will get better tomorrow, and sometimes it does, but most of the time it gets worse. You believe it will never get better. Then, you wake up one morning and the bed is soiled by sweat because your fever has broken and slowly day by day you start feeling better and eventually back to your normal self. The point is you never know when you are going to catch the flu, you never know how long it will last, and you never know when it will be over. That is the stock market today. It has the flu and just like you, it will get better one day. We know this can be a difficult time to have the fortitude to stay the course, but it has always worked in the past. We believe it will again.

TAX EXTENSION FOR THOSE IMPACTED BY HURRICANE IAN

Looking at all the pictures from hurricane Ian’s devastation of Florida, it is hard to imagine what residents are facing in the days ahead. Many lost everything and we mean everything, including financial and tax records – both business and personal. While the storm crossed Florida and revived itself, it slammed into South and North Carolina and caused significant damage. As a result, the IRS first announced that Florida victims would have until February 15, 2023, to file tax information and make tax payments for 2021. Last week, it extended the same relief to those in South and North Carolina. Be sure to visit with your tax professionals to understand how this might affect you.

WHAT’S HAPPENING ACROSS THE POND?  IS IT CONTAGIOUS?

The U.K. bond market has seen alarming levels of volatility over the last few weeks as investors dumped gilts (U.K. government bonds), sending yields through the roof as liquidity dried up. It all started on September 23rd when newly elected Prime Minister Liz Truss announced tax cuts that would be funded by additional debt despite an inflationary environment that is worse than what we are facing here in the U.S. The dominos are as follows: 1) government tries to add debt fuel to an inflation fire, 2) investors respond by selling assets that will suffer from the additional inflationary pressure (i.e. government bonds), 3) other investors receive margin calls on levered investments and answer those calls by selling their most liquid and safe assets (i.e. government bonds), and 4) the ensuing flames make the Burning of Parliament in 1834  look like a backyard bonfire.

Five days later, the Bank of England was forced to step in and provide liquidity to a floundering gilt market as a buyer of last resort. This was diametrically opposed to the central bank’s effort to tighten monetary policy this year. The U.K., along with other developed countries, has essentially been forced to raise interest rates to combat inflation both at home and abroad. Beyond domestic price inflation, central banks around the world have been fighting local currency depreciation against the U.S. Dollar given the Federal Reserve’s aggressive monetary stance and the U.S. Dollar’s world reserve currency status.

Gilts were not the only investments sold to answer margin calls. Some were corporate bonds, stocks, and other securities – some of which were U.S. investments. With the Bank of England now intervening for a second time to buoy the U.K. bond market, it seems that the risk of contagion onto our shores has been avoided for now. Ultimately, the central bank must assure investors that it will take whatever steps necessary to support its bond market to avoid a financial crisis. A major destabilization would have global ramifications and that British invasion would look less like The Beatles and more like the American Revolutionary War. If nothing else, we hope this episode is enough to squash any more fiscal stimulus plans here in the U.S.

WILL THE OPEC+ PRODUCTION CUT PUMP UP GAS PRICES IN THE U.S.?

On October 5th, the Organization of Petroleum Exporting Countries (OPEC+) announced that they will cut their oil production output by up to two million barrels a day. OPEC+, an intergovernmental organization consisting of 13 of the leading oil producers around the globe, justified the move as a “technical response to a flagging global economy.” With stifling inflation in the U.S., Europe’s desperate need to push down energy prices, and the Russia-Ukraine war, slashing two million barrels a day is the cherry on top. The White House was quick to respond, labeling the decision as shortsighted and an indirect aid to Russia.

The cut was the highest endured from the organization since 2020, signaling their wish to keep oil prices elevated – considering the slow market they endured prior to the pandemic. But what does that mean for the average American consumer? Will we see gas prices touch the $5 mark like they did this summer? Fortunately, not likely.

What the headlines fail to mention is that two million barrels of oil only account for roughly 2% of the world’s daily oil production. Delegates from the organization have further clarified that the cut would only amount to 600,000 barrels a day considering their current production levels. For the U.S. consumer, experts are estimating that national gas prices will average $3.80/gallon in the fourth quarter. This is below the current $3.91/gallon and considerably below the $5.10/gallon peak this past summer. In addition, this number could be even lower depending on the intervention from the Biden administration and how they decide to utilize the country’s Strategic Petroleum Reserve.

MIGRATION INTO FLORIDA, TEXAS, AND OTHER STATES

The migration into Florida, Texas, and other warmer states is obvious as many retirees want to leave the snowy and colder confines of the north. But warm weather is only one factor in driving retirees to move according to a paper published by the U.S. Census Bureau – Domestic Migration of Older Americans: 2015-2019. They are looking for a community, a good cultural experience, and good healthcare. Here are the top ten states with net growth in those 65 and over: 10) Utah; 9) Oregon; 8) Maine; 7) Delaware; 6) North Carolina; 5) South Carolina; 4) Nevada; 3) Idaho; 2) Florida; and 1) Arizona. A bit surprising, isn’t it? Here is another big surprise – as retirees grow older and health begins to decline, they are on the move again to be closer to family.