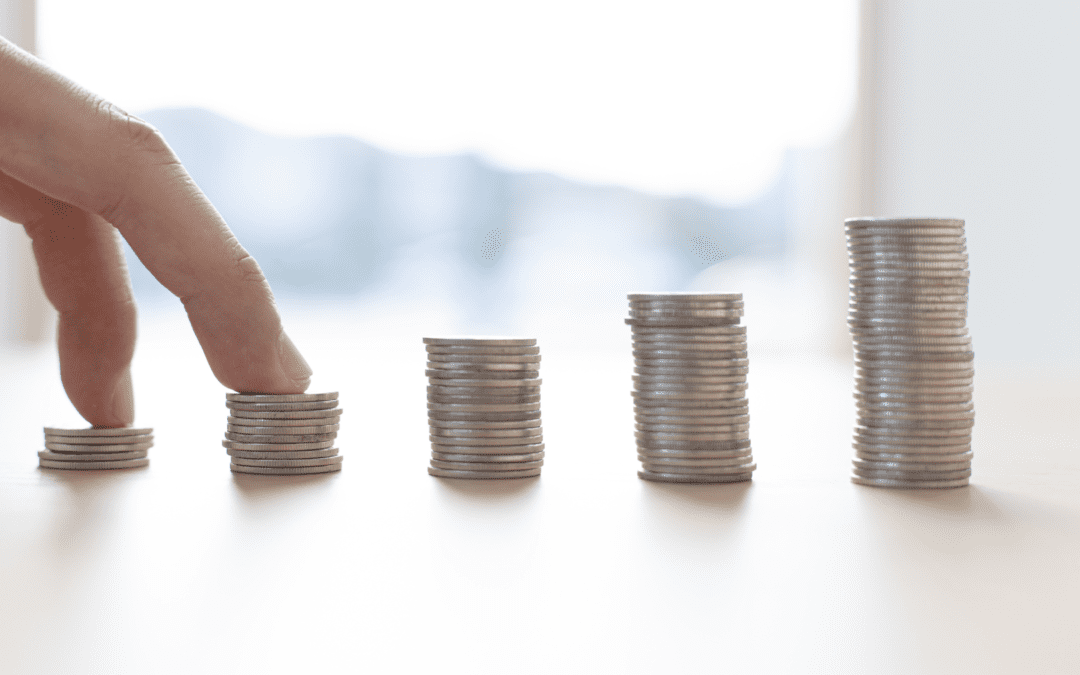 Many on Wall Street and Main Street hoped the Federal Reserve finished raising interest rates when the July inflation report showed inflation slowing month-to-month. These numbers helped spur the stock market’s June rally well into August. But alas, such was not going to be the case.

At the Jackson Hole Economic Symposium, Federal Reserve Chairman Jerome Powell made it abundantly clear that the Fed still had to work aggressively to reduce inflation. The markets all dropped 3-4% immediately following the speech. It was an ugly day.

The Fed understands that if inflation gets embedded into the economy, we could find ourselves with a 70s style of inflation, resulting in even more damage to the economy than a recession next year. We expect the Fed to raise rates at least 50 basis points at the meeting later in September, and another 75 basis point hike is not off the table later in the year. With three more meetings remaining in 2022, the rate will likely be close to 4% by the end of the year. If the labor market remains strong, we should be able to weather the storm.

During then-candidate Joe Biden’s campaign, he pledged student loan forgiveness for most individuals with Federal student debt. Last week he made good on that promise and announced that anyone with less than $125,000 of income ($250,000 for a couple filing jointly) would have up to a $10,000 forgiveness in their student loan debt. For those who qualified for a Pell grant, outstanding debt would be reduced by up to another $10,000, for a total of $20,000 in forgiveness. Biden further suspended loan repayments, which were set to begin again in September, delaying them to the first of next year.

Under current rules, an individual must pay at least 10% of monthly discretionary income. Under the new rules that is being reduced to 5%. If you make less than roughly $30,000, you are not required to make payments for undergraduate loans. Further, those that make 10 years of payments (down from 20 years) and have a balance of $12,000 or less will have the rest of the loan forgiven.

These proposals set off a firestorm of protests from Republicans, Democrats, people with student loans, people who paid off their student loans, liberals, and conservatives. Why would so many disparate groups object? At the most basic level, many people find something wrong in just outright forgiving debt. Those who had already paid off their debt, or at least a substantial piece of it, were mad that others were getting a break. Those who didn’t borrow at all are upset because they didn’t get any help.

Many liberal Democrats, led by Senator Bernie Sanders, didn’t think the President did enough. Some from both sides of the aisle thought that shifting the burden to taxpayers was wrong and potentially inflationary. Fiscal hawks saw the estimated $300-500 billion forgiven over the next 10 years unnecessarily adding to the national debt. The Penn-Warton Business Model said the cost could be as high as $980 billion.

While touted as helping millions of middle-class Americans struggling with this debt, the Committee for a Responsible Federal Budget said that the top 10% in income gained more than the bottom 30%. While some Republicans said it was an election year gimmick for votes from young people and progressives, the whole thing might backfire given the number of people upset with the proposal.

HOW THE FED FIGHTS INFLATION

Did Albert Einstein say that compound interest is the most powerful force in the universe? Were he still alive today, we would rather ask him where he thinks the Fed ranks on this list of universal forces. As the central bank of the largest economy in the history of the world, the U.S. Federal Reserve System wields immense power that has a global (if not universal) impact on everything from housing, trade, and employment, even to the rate at which Einstein’s supposedly top pick wields its power.

The Fed has a dual mandate of price stability and maximum employment. It also regulates commercial banks, which must hold reserves at the Fed, and in times of crisis, acts as the lender of last resort. The Fed has several tools to achieve its dual mandate and it does so by adjusting the money supply, which in turn influences the federal funds rate. This is the rate that large banks charge each other to lend out excess reserves held at the Fed. It is one of the key lending rates that other loan and deposit rates are priced from and gives investors insight into the Fed’s view of the economy.

To increase employment and promote rising prices, the Fed targets a lower federal funds rate. The current environment of high inflation means prices have become unstable, forcing the Fed to target a higher federal funds rate that cools down the economy and lowers prices. The trick is to do so without tipping the U.S. (and likely the globe) into a recession. With such far reaching implications, investors and consumers alike are hoping the Fed uses its power carefully. For more on how the Fed raises interest rates and why, please see our latest video (link).

While it will be debated for years whether this bill has any impact on inflation, it makes significant changes to prescription drug prices under Medicare. Congress intended to lower the cost of drugs and to reduce the amount a Medicare recipient would pay out-of- pocket when it added Part D for prescription drugs back in 2003.

The new act now caps total drug costs for those with Part D at $2,000 per year, beginning in 2025. That is a BIG deal for many seniors and will certainly help those that are reliant on expensive drugs. In another part of the bill, it limits the increase in drug costs to the annual inflation rate and if the cost rises more, the drug company will have to pay the government a rebate.

For the past few years, the cost of insulin has been part of the news cycle. Starting next year, insulin will be capped at $35 per month. Unfortunately, this cap only applies to Medicare and not to private plans.

One controversial part of the 2003 Medicare Modernization Act prohibited Medicare from being able to use its purchasing power to lower the cost of drugs. Gee, we wonder which industry got that put into the bill? The Inflation Reduction Act changes this by allowing Medicare to begin negotiating the cost of ten drugs in 2026 and then another ten a few years later. Obviously, they will tackle those drugs that are the most expensive first. All these cost savings may come at a cost – like increasing premiums for Part D.

MORE ABOUT THE INFLATION REDUCTION ACT

Will the bill actually bring down inflation?

Inflation Reduction Act of 2022, Effect on the Budget

Net deficit reduction (+) or increase (-) from spending and revenues

Level of consumer prices and rate of change over different periods

Inflation is an enormously difficult beast to tame. The good news is that inflation does indeed appear to be slinking back into its cage thanks to the easing of global supply chain disruptions and the Federal Reserve’s tightening of monetary policy. And the stock market has been applauding.

The real legacy of the new legislation will be in providing additional funding for health care and clean energy. Individuals will have their own opinions on those topics. What we can say is that the Inflation Reduction Act is unlikely to lower inflation at least not in the near term, just as it is also not likely to hamper corporate profitability in a significant way.

As we head into the last part of the year, we thought it a good time to look ahead to 2023. Let’s talk about the two elephants in the room: recession and inflation. In some measure, both are in the hands of the Federal Reserve. The Fed began raising interest rates earlier this year in hopes of bringing inflation under control. However, it takes time for the medicine to work, and it is usually a lag of 9-12 months before the medicine kicks in. We hope to start seeing an easing of inflation in the 4th quarter and into 2023.

Unfortunately, we expect to see inflation above the 2% target rate that the Fed likes in 2023 – maybe 4% plus or minus 1%. If the Fed gives the economy too much medicine in the form of higher interest rates, then the odds of a recession increase dramatically.  Even then, a recession would likely be short-lived and shallow. With or without a recession, 2023 will not likely be a banner year for the economy. While the recent rally over the past two and half months has calmed many investors, patience is going to be needed as we work through this difficult time.

HIGH EARNERS ARE FLYING AWAY

Financial technology firm SmartAsset recently did an analysis of taxpayers from each state that were making $200,000 or more (6.8% of the population falls into this category) to determine migration patterns between 2019 and 2020. These migration patterns will positively or negatively impact a state’s tax revenues and fiscal situation. The more the inflow the better, and, of course, the reverse is also true. Some of these might surprise you. Here are the top ten with a gross/net inflow of taxpayers making $200,000 and above:

Did you notice that four of these states, including Florida, do not have a state income tax? The survey also noted that eight of these states fall within the Sun Belt.

An often-cited statistic from the Department of Labor reports that women across the workplace earn an average of 82.3 cents for each dollar earned by men. How long do you think it takes for the disparity to show up in salaries? Any guesses – one year, five years, or even more?

The Wall Street Journal reported that within three years, significant salary differences appear between men and women graduating from the same academic institutions with the same major. The article mentioned the following examples:

Though the article goes on to point out that there are many potential reasons for the pay gaps including the motherhood penalty, women choosing lower-paying career paths and men negotiating salaries more aggressively than women, it does significantly impact a woman’s ability to build her wealth over her lifetime.

On August 15th, the Internal Revenue Service announced that the interest to be paid on under and over tax payments will go up beginning October 1th. The current rate increased on July 1st to 5% annually and is now going up to 6%. This rate is compounded daily. Here are the amounts for each type of taxpayer: